A place to remember our peers who have completed their last voyage on this earth. Finish With Engines.
Post Reply
1 post • Page 1 of 1

He went to war at 19.
Set the anchor and RIP

It is with heavy hearts we announce the passing of Robert Collins on June 14, 2020, one day away from reaching his 63rd wedding anniversary. He was predeceased by his father Albert and mother Lulu, brothers Al and Doug and sisters Dottie, Ruth and June. Survived by his loving wife Beryl, sons Bruce and Brian, grandson Sean (Tamara) and Bradley and great-granddaughter Ava. Robert was born in Calgary, Alberta and served in the Canadian navy from 1941 to 1945, leading Torpedoman and Acting Petty Officer. He worked at Shaughnessy Hospital Department of Veterans Affairs for 32 years, where he retired. He was an active member of the Royal Canadian Mount Pleasant Branch 177 and a member of the Vancouver Naval Veterans Association. Robert had a passion for and excelled at doing crossword puzzles, bowling, playing volleyball and hiking. He enjoyed travelling that included cruising to Alaska. He will be greatly missed by his family. Due to social distancing, funeral services will be limited to family and close family friends only. 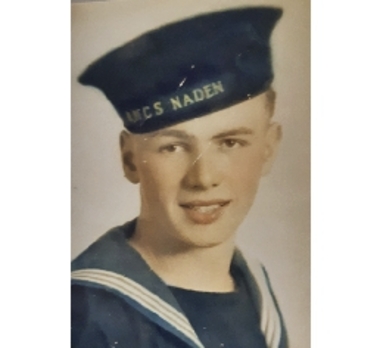 Jump to
Tweets by @dieselduckster